High on the Tibetan Plateau, the Friendship Highway is an 800km route leading from the Tibetan capital of Lhasa, to the northern Nepalese border. On winding dusty roads it climbs and descends and provides some spectacular high-altitude views of the Himalaya along the way.

It’s a challenging route by bike, and one not for the faint of heart. With the highest pass at 5,220 metres, there are days when it’ll require all your strength just to turn the pedals. But hardship aside however, on a clear day you’ll see the summit of Everest as you near the border.

Due to the high altitude, it’s not a route you can rush. To truly appreciate this route, you’ll want to be sure you acclimatise properly by taking it slow once you reach new heights. This is only achieved by ascending slowly.

Any intrepid adventurers who take on this challenging bike ride will at the very least enjoy one of the longest descents in the world! With a 3,500 metre drop off the edge of the plateau, there’s some epic downhill riding to be experienced in the final stretch.

For those planning on tackling the route, careful planning is required. You’ll want to avoid monsoon season during the summer as roads turn to mud and the daily rains make for an unpleasant riding experience. Early spring or autumn are generally the best times to take on the route. In early spring the flowers are in full bloom which makes the route extra scenic. However, in those pre-monsoon weeks and months, the air is hazy and views of the mountains are somewhat less clear. However, by the time the monsoon has cleared in autumn, the surrounding snowcapped peaks are a sight to behold! 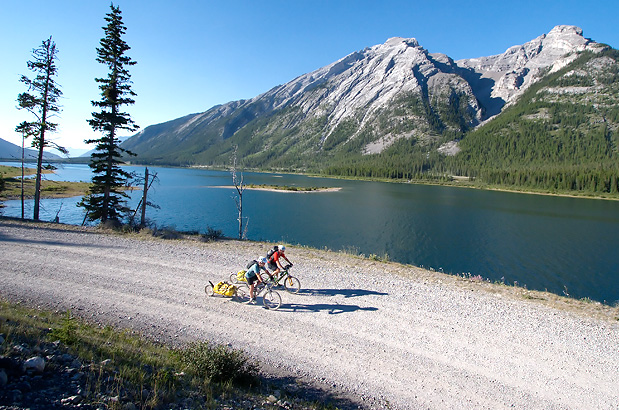 This is one for the gravel and mountain bike lovers who can also climb. Running from Alberta in western Canada, right the way down to New Mexico in the US, this 4,400km route incorporates over 60,000 metres of climbing along the Rockies.

From forest to exposed mountain rock and back again, the Great Divide route truly takes you into the North American wilderness. With such remote locations comes the added adventure associated in contending with bears, mountain lions and a host of other forms of wildlife.

With few places to stop off en route for food and accommodation, you’ll find yourself having to stock up on supplies where you can. Most nights you’ll have to set up camp and cook in the wild, which can quickly become a real adventure for the unprepared!

Summer is really the only time to take this ride on. The heavy rains and snow outside of the summer can make several sections of the route impassable.

Western Australia is one of the most untouched parts of the developed world. The Munda Biddi Trail—which means path through forest in the local aboriginal language—runs through 1000km of contrasty trails on orange dirt under spectacular forest canopy.

One deterrent to anyone planning on tackling this trail will be the summer heat. It’s best to opt for the shoulder seasons and avoid the warmer months. Local authorities have made it possible for more and more people to attempt the trail. They’ve transformed it into one of the best bike rides in the world with the addition of campsites containing bike and sleeping shelters. They’re located every 50km the entire way along the trail—meaning you never have far to go for a well-earned rest. 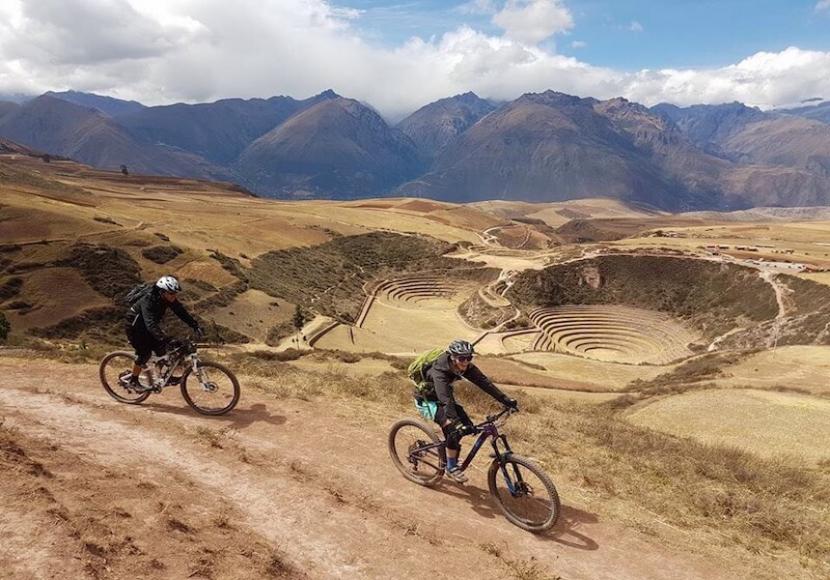 Peru is a destination that has attracted the masses for many decades, but it’s only in more recent times that cycling has taken off. What often brings tourists there are the Nazca lines and Incan ruins. And this route takes in both by taking you from the arid plains around Nazca in the southwest to Cusco, a village high in the Andes at 3,400 metres—one shrouded in Incan culture.

The high Andes can be an intimidating sight for many. And starting out on the Peruvian coast, most adventurers will have to take this one slowly. With high passes up to 4,000 metres en route, acclimatisation is crucial.

Alternatively, if you’re not feeling up to the climbing challenge, you can always do the route in reverse starting at Cusco, for one epic downhill ride all the way to the coast! 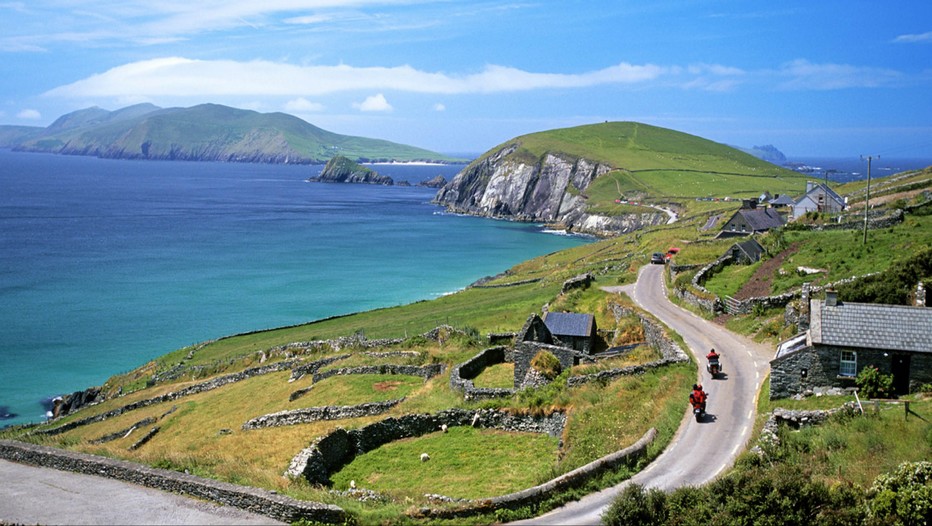 The rugged west coast of Ireland provides some stunning coastal views for the intrepid cyclist. The Wild Atlantic Way runs the entire length of the western Irish seaboard for 2,600km. It can be undertaken partially, or in its entirety in either direction.

Highlights include the incredibly photogenic Cliffs of Moher in County Clare, and the picturesque landscapes and winding country roads around the ring of Kerry. In whichever direction you head, you’ll never be far from any of the towns and villages that dot the coast. With good food and lively bars everywhere in tourist season, you can let your hair down along the way for a break from the hardship of cycle touring.

The route is only recommended to be undertaken in summer. The Irish coast is exposed to the full force of the Atlantic, and can often be wet and windy. But for those who visit in summer and strike it lucky with the weather, then a real treat awaits!

We’ve Got Your Navigation Needs Covered

For those who decide to undertake any of the aforementioned routes, then at Tigra Sport, we’ve got you covered. In foreign lands and unfamiliar roads, a highly functional navigation system is of paramount importance. All you need is a smartphone, and we’ll take care of the rest.

Our extensive product line consists of a host of versatile, easy-to-operate ball mounts and cases for a wide variety of top phones. They allow you to conveniently and securely mount them on the handlebars for an optimal user experience. In addition, we also stock charging solutions that enable you to keep batteries charged when you’re on the road for days on end.